Big news today from Microsoft with the announcement of Service Fabric, Redmond’s product answering the needs of not only the future of PaaS (platform as a service) but also the way applications are built and run.

Microsoft has in fact been using the technologies within its own projects for the past five years. Lync, Cortana and Service Bus among other solutions are actually built and deployed using ServiceFabric.
http://www.forbes.com/sites/benkepes/2015/04/20/microsoft-reinvents-the-meaning-of-paas-welcome-to-the-microservices-future

Service Fabric sits between the different microservices that make up a modern application and the cloud the application is hosted on. Microsoft itself describes the new service it as “a developer framework that intrinsically understands the available infrastructure resources and needs of applications, enabling automatically updating, self-healing behavior that is essential to delivering highly available and durable services at hyper-scale.” 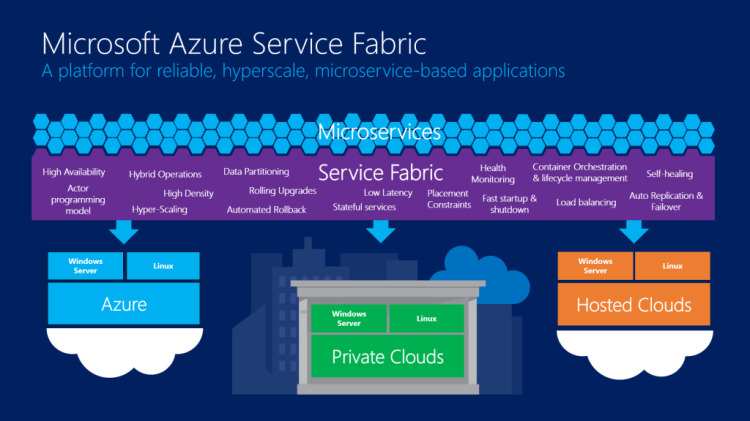